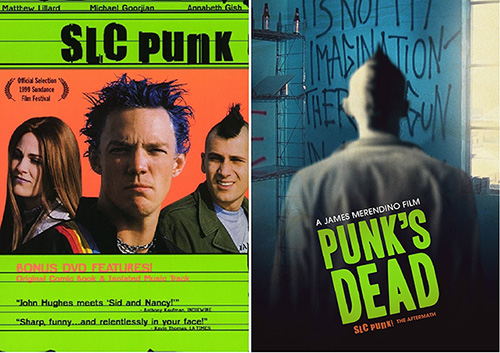 PUNK’S DEAD is the long awaited sequel to SLC Punk, the 1999 cult movie by James Merendino. SLC Punk tells the story of Stevo and Heroin Bob, two young punks in the Mormon Salt Lake City. SLC PUNK was partly inspired by writer/director James Merendino’s youth in Salt Lake City. Over time, SLC PUNK has become a rite of passage movie for 100,000s of teenagers and young adults. It continues to find an audience with new generations who intimately relate to characters and story, and as Fans watch and talk about the movie time and again.

True to the original, PUNK’S DEAD is again very autobiographical, and combines the experience of turning into grown-up outsiders with the trials and tribulations of an entirely new set of subculture misfits. How does a Gen X outsider punk find relevance as a 30 something adult who is forced to adhere to a society with which he is still at odds, and what can he pass on to a new generation of disenfranchised youth?